What is a quartz alarm clock

The quartz alarm clock can also be called a “crystal vibration electronic watch” because it uses the “vibration phenomenon” of the crystal wafer. When the crystal receives the external force voltage, it will have the property of deformation and expansion. On the contrary, if the crystal is compressed, it will generate electricity at both ends of the crystal; such properties are also seen in many crystals, called “piezoelectric effect”. The quartz watch is a crystal that uses periodic “vibration” to bring us accurate time. 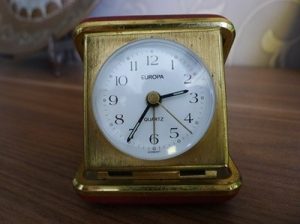 First, the silicon wafer in the quartz watch is powered up, and the crystal vibrates correctly with a cycle number of 32,768 Hz. This frequency must then be converted to a signal current cycle number of 1 Hz (a change in current of one second). Then increase the amplitude of some signals (because the current generated by the vibration is very weak), follow the signal current and then start the rotor gear, the second hand on the watch will start, then the minute hand and the hour hand will be related to the mechanical structure. A principle, such as the second-hand beats 60 times, the minute hand will jump all quartz watches are equipped with a battery. It powers an integrated circuit and a quartz resonator, oscillating 317,621 times per second. There is even faster than this. An integrated circuit is the “brain” of a watch. It controls the vibration of the quartz resonator and acts as a frequency divider. The 32,712 vibrations were split in half by 15 times to achieve a pulse per second. There is a “raw material” of this time for a second, which can drive the display. What is an analog needle display In order to convert an integrated circuit pulse into motion, an analog pointer quartz watch is equipped with a speed increasing motor, including an electromagnetic rotor, which is rotated 180 degrees, that is, one second, for each pulse? 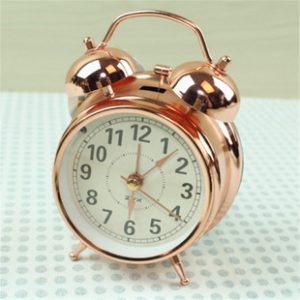 The rotor is connected to a drag system consisting of three gears that drive three hands (hour, minute and second hands) to display the time on the dial. You can also add a display that shows the day of the week, the date, and the elapsed time. Solid State Quartz Table In a solid-state quartz watch, a pulse in one second is transmitted to the second-hand portion of the integrated circuit, which is responsible for organizing the liquid crystal lines of the liquid crystal display mode to form a number. This type is common in table objects. In the watch industry, this is usually used to produce very large and extremely inexpensive products. Asian manufacturers have monopolized this area. In the more refined watch style, the “solid state” has a large number of functions depending on the size of the memory installed inside: such as a telephone number, a reservation register, and the like. Hybrid Quartz Watch This type of quartz watch has two display functions, mode pointer and digital, which provide attached information such as day and date, precise timing, and time zone. This watch is equipped with an integrated circuit and a micro-engine.

The alarm clock inventor Eric Shashuva said that the human body sleeps for a certain period of time. When the sleep is the shallowest, the person is most likely to end the sleep. When he wakes up, he feels better and his mind is clearer.